The Royals were beaten by the Seagulls who controlled the game and fired four out of four thanks to two from Kayliegh Green and one each from Aileen Whelan and Emma Kiovisto.

It ends Reading’s incredible eight-match unbeaten run in the league.

They fell one place to sixth in the table after Manchester City beat rivals Manchester United earlier today.

Kelly Chambers’ side were looking to extend their magnificent form with five Women’s Super League wins on the rebound heading into the contest at Brighton.

The Royals boss was forced into a change as Justine Vanhaevermaet missed out and was replaced by recent goalscoring heroine Tia Primmer. She scored a winner against Brighton in the FA Cup and followed that up the following week with the winning goal at Everton in the league. 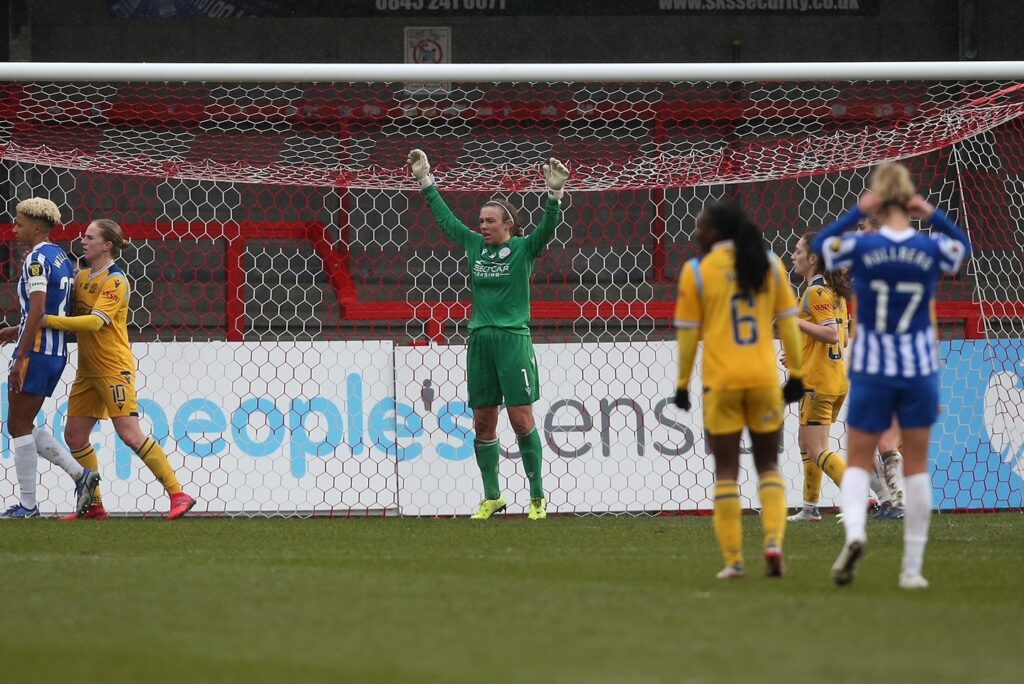 The hosts started with promise despite entering the game in poor form, after they quickly went on the attack after Gemma Evans gave up possession for Reading in their own half.

Aileen Whelan had the first shot on goal and goalkeeper Grace Moloney crossed her line as the ball whistled just past the far post.

The visitors responded with their own luck when the ball dropped invitingly for Sanne Troelsgaard who aimed through a crowd of bodies but missed the target. 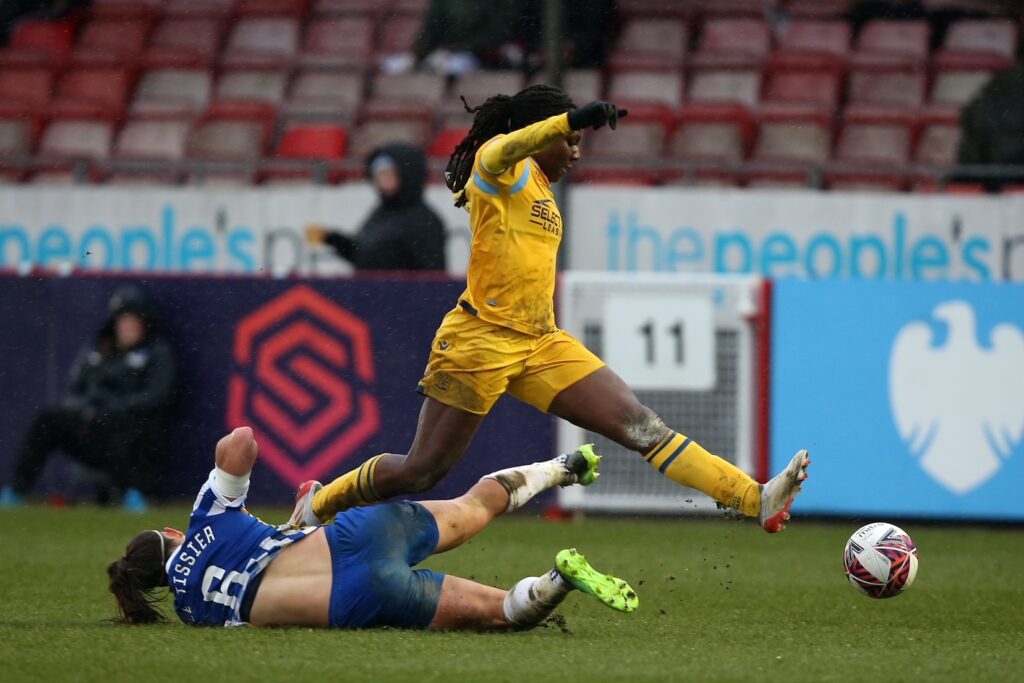 Natasha Dowie spotted a gap in Brighton’s backline in what should have been a promising attack, but hitting partner Deanne Rose slightly misplaced her pass to take Dowie too far, allowing the Seagulls to regroup .

But it was mostly one-way traffic throughout the first half with waves of attacks coming from the home side.

Gemma Evans and Moloney had to defend resolutely to get out of threatening positions. 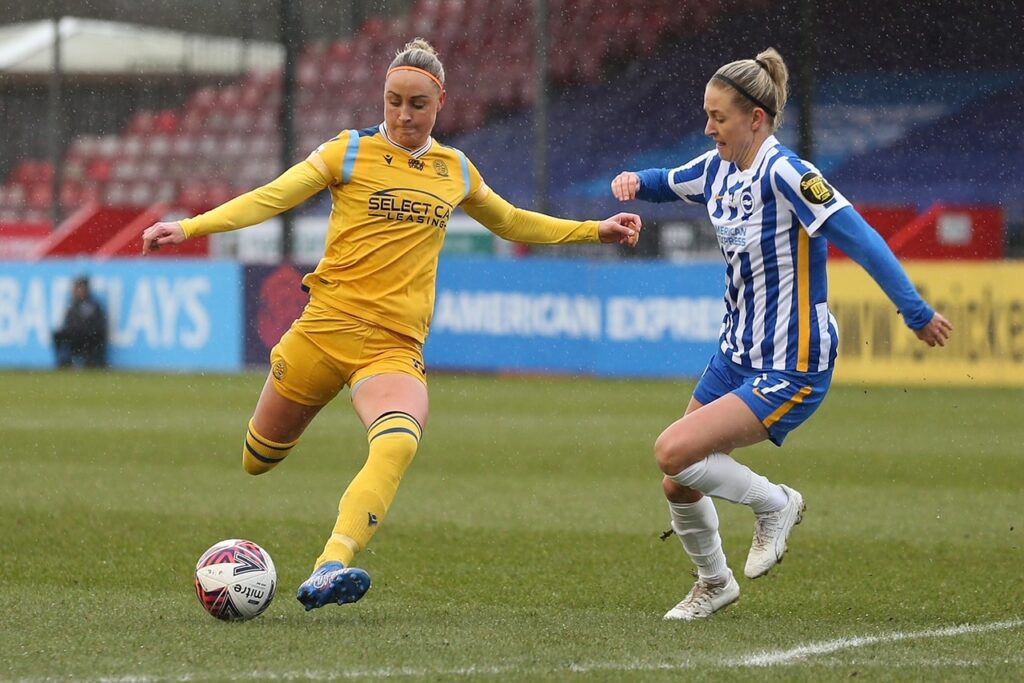 But Hope Powell’s side were rewarded for their positive play in the 19th minute when they broke through the Royals defence.

An inswinging corner delivery was met in the middle by Kayleigh Green who went off unguarded and took advantage of it with a close nod.

Brighton continued to dominate after taking the lead and had several corners throughout half-time which caused reading problems at the back as Faye Bryson and captain Natasha Haridng had to come to the rescue with loose heads. 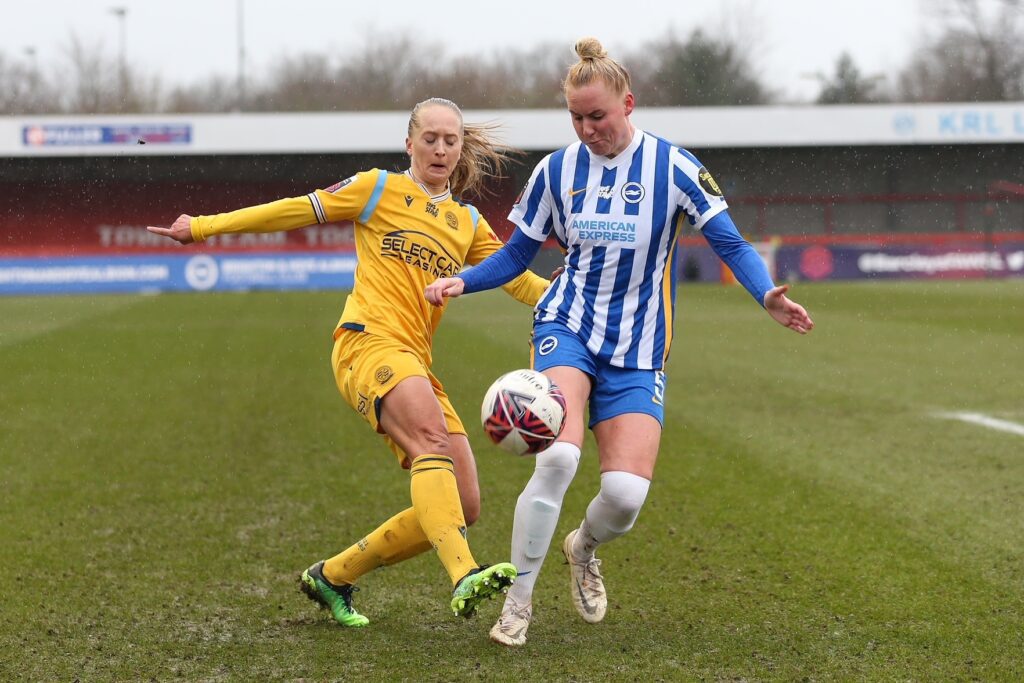 The hosts should have doubled their lead when another excellent set piece found Megan Connolly at the far post, but she couldn’t hit the target with her header.

The Royals sought to punish Brighton on the counter when Lily Woodham stretched to try and reach a ball deep into the box and claimed a penalty for Megan Walsh’s challenge, but the referee ruled it there was no contact and booked Woodham for the simulation.

Moloney had to come to his aid to reduce the deficit as the Royals looked desperate for a break at half-time. She made an exceptional save with lightning-fast reflexes to rock Connolly’s mighty header overhead. 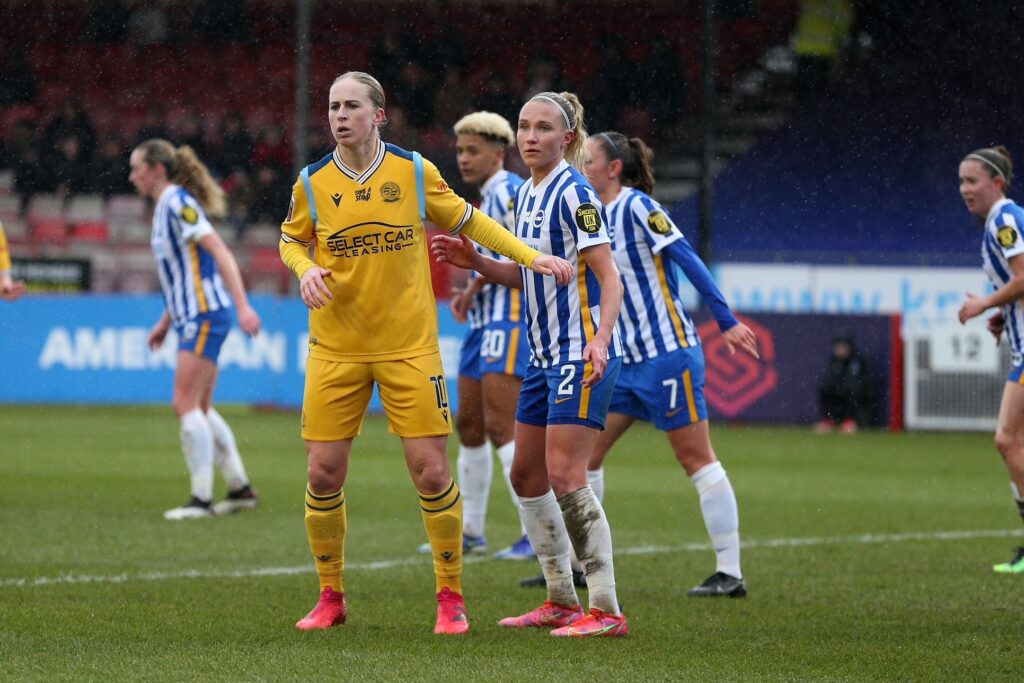 The Seagulls had the ball in the net after another teasing corner delivery only for the goal to come in for a foul on Dowie in Victoria Williams’ box, with the Royals counting themselves lucky to have just one goal at the pause.

Chambers made a change on the restart with Rachel Rowe in midfield to replace Primmer.

Brighton almost found a second, quickly after the restart, when Whelan’s misfiring cross looped over Moloney and hit the top of the crossbar.

Reading responded with their best opener of the game when Dowie used his strength to hold the ball in the box and then turned to launch a dangerous ball into the face of goal. The ball fell for Rowe to strike but Brighton got a body in the way. 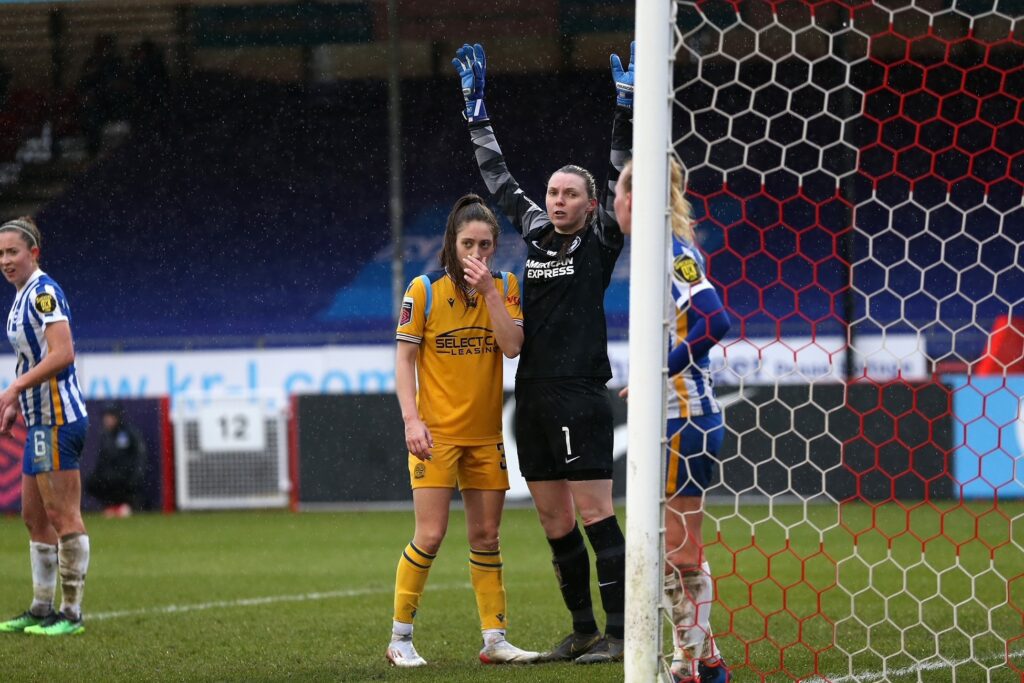 Albion deservedly doubled their advantage in the 52nd minute when Ellie Brazil slid past Bryson on the left wing, slid the ball towards Green and she shoved the ball into the far corner with a smart finish.

Corners continued to wreak havoc in Reading’s penalty area and it led to Brighton’s third goal of the afternoon after Whelan was awarded the decisive touch following a scramble for goal.

It didn’t take long for the hoe side to add a fourth as they took full control of the contest, with the scoreline reflecting their dominance when Koivisto sped into the box and fired at the near post.

Reading salvaged a consolation goal late in the day when Amalie Eikeland’s cross went over Walsh’s head and tucked into the corner. 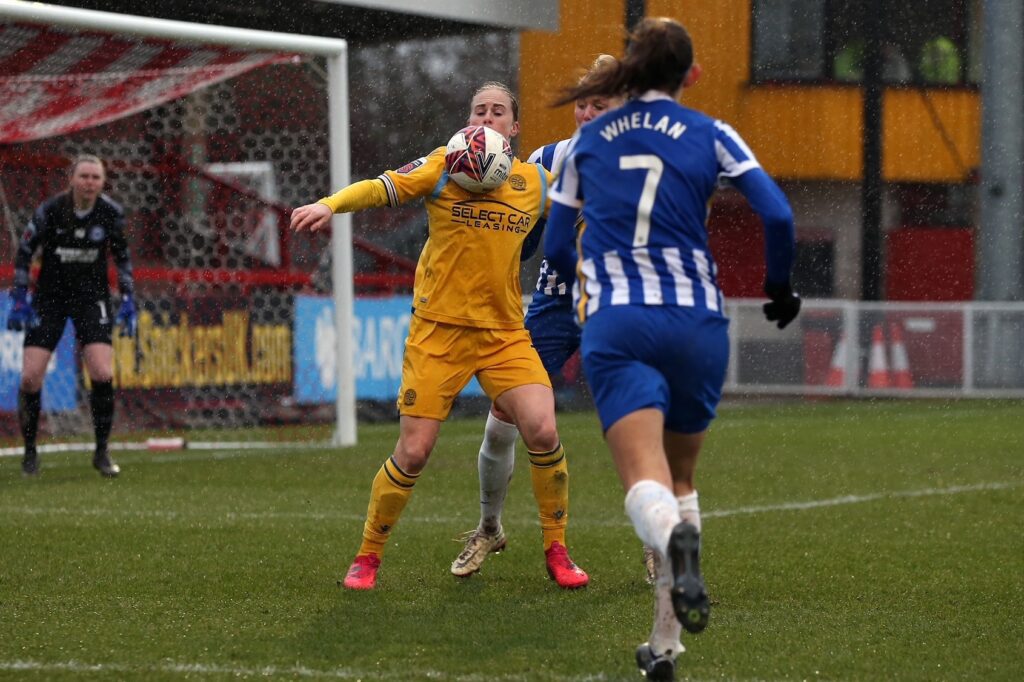