The Royals took the lead through Michael Morrison, only to be caught at half-time by Romaine Sawyers’ strike.

Paul Ince’s side are now four games unbeaten and eight points clear of the relegation zone after playing one game more than Barnsley.

Ince made a forced change from the draw at Barnsley as Tom Ince was unable to face his parent club meaning he was replaced by Junior Hoilett.

Meanwhile, former Royals player Lewis Baker, who enjoyed a successful loan spell at Berkshire for the second half of the 2018/19 season, has lined up for Stoke after returning from injury.

The Royals entered the competition having picked up five points from their last three league games to see them five points clear of the relegation zone.

Reading got off to a promising start and had plenty of possession as Stoke struggled to find their feet early on.

Ovie Ejaria nearly broke the deadlock after five minutes when Junior Hoilett’s cross found him at the far post, and after he twisted and turned his shot was deflected for a corner.

Another chance came from Ejaria, set up by Hoilett, who drilled a low cross into the box but Ejaria failed to connect.

After an energetic start to the competition, Reading were rewarded with the game’s first goal on 13 minutes.

Hoilett again fired in another excellent cross, this time to the back post following a corner kick to find Michael Morrison and despite his first effort held off by Jack Bonham, the rebound landed nicely on his chest above line.

Canada international Hoilett continued to find plenty of joy on the right where he fitted in well with Andy Yiadom, but this time his teasing cross was salvaged by Bonham against Lucas Joao’s jump.

Ejaria clinched the game’s first booking when he came in late on Jordan Thompson who had to be stretched. The challenge was met with annoyance from traveling supporters who begged the referee to show a red card. 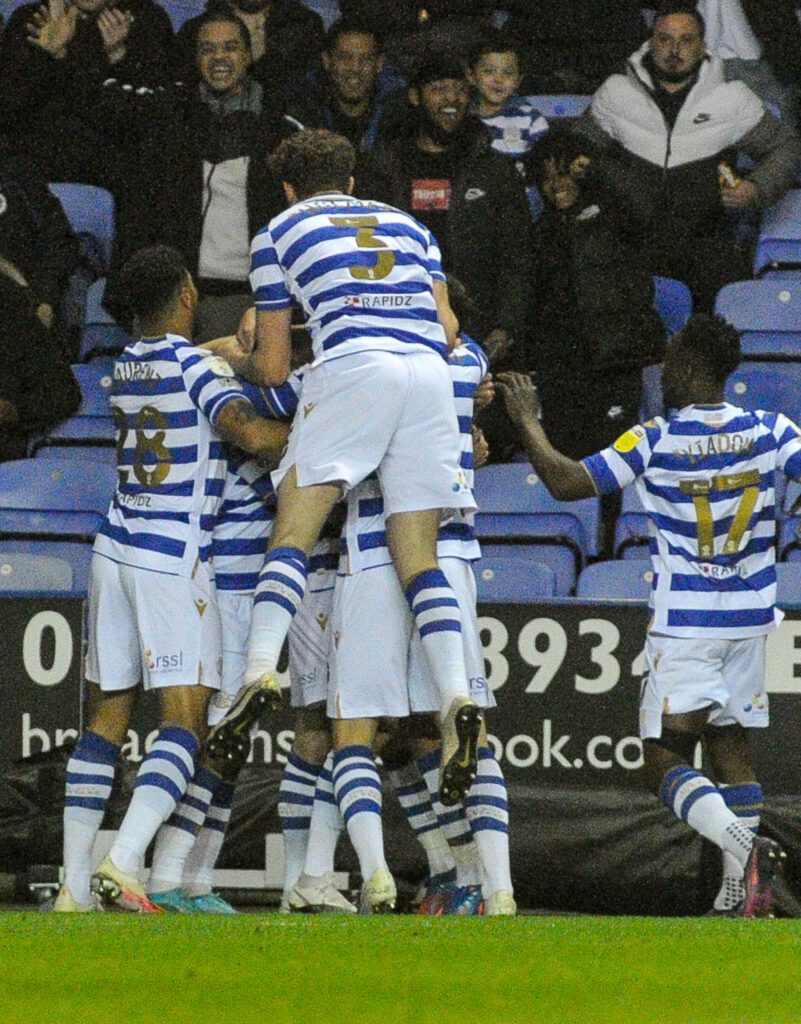 It looked like the Royals would go into the break one goal up, but the Potters fought back at half-time with their first shot on target.

Josh Maja let the ball run and it broke for Romaine Sawyers who unleashed a powerful effort towards goal that Orjan Nyland could only parry into the roof of the net.

Danny Drinkwater came to Ejaria’s aid late in the half when he produced a lung-busting fetching run to win the ball back after it had been carelessly given away.

Stoke started the second half with improved confidence with their first chance after the restart falling for Jacob Brown who recovered an effort over the bar from Nyland.

After a flat start to the half, the Royals came to life and resumed their lead. 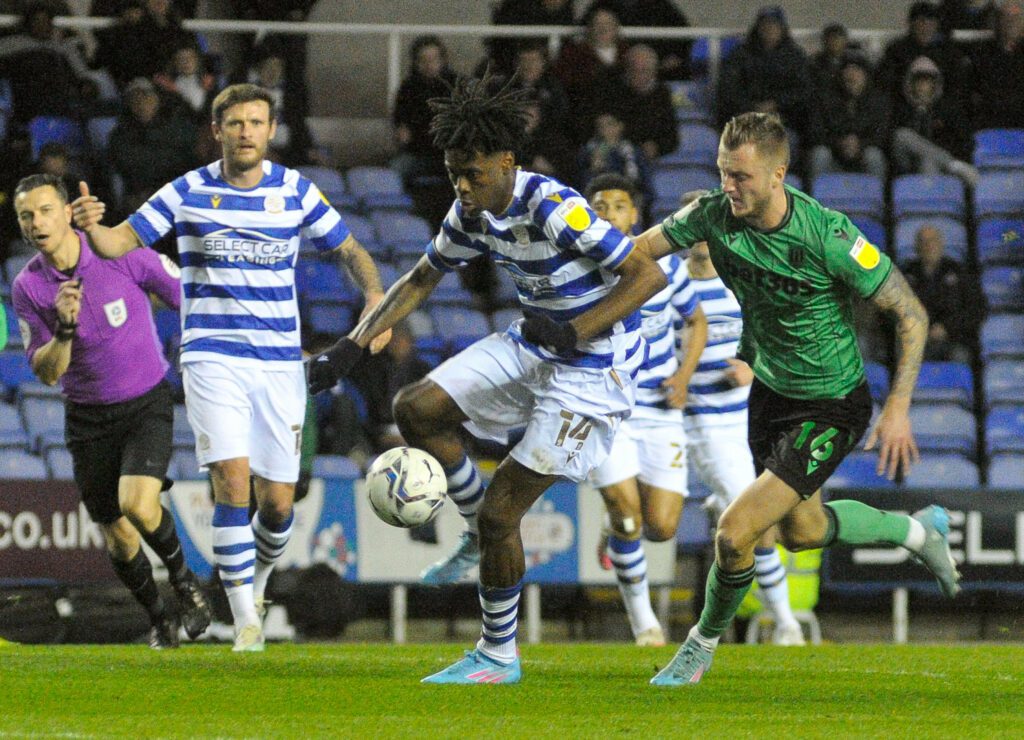 After Hoilett’s shot was pushed back for a corner after being cleverly found by John Swift’s short free-kick, the Royals scored on the resulting free-kick when Joao rose the taller to head out.

Ince opted to make a double substitution just after the goal as Tom Dele-Bashiru and Femi Azeez replaced Ejaria and Hoilett.

Michael O’Neill’s side nearly reacted quickly when Tyrese Campbell entered the box but just avoided the far post with his shot.

A gold medal came and went for Stoke in the 78th minute when the ball was clipped for Brown who was found unmarked and just 10 yards from goal, but he fired his shot over the target.

A final change saw Scott Dann come into the game to solidify the defense in place of Swift for the closing minutes.

After four minutes of stoppage time, Reading survived all the scares to save three points to push them further away from the drop zone. 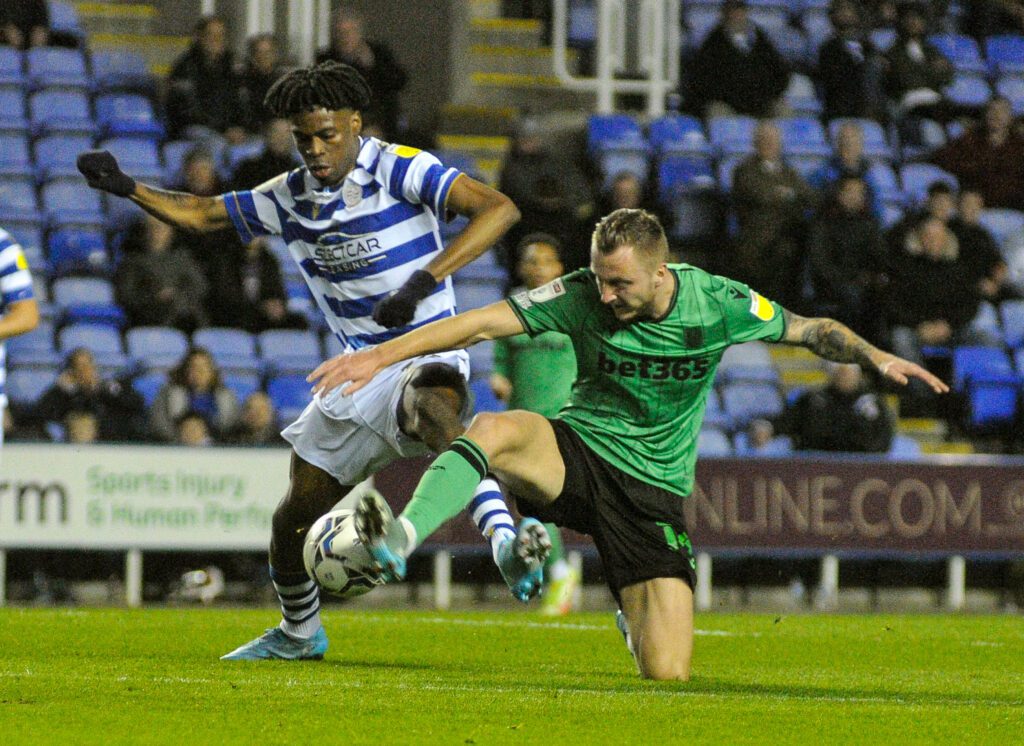 The Royals are back at home on Saturday when they host Cardiff City.