WOKINGHAM & EMBROOOK warmed up for their season opener with victory in their final game of the preseason.

Facing Guildford City away, a brace from Jack Webb and a goal from Nathan Mindomba helped the Sumas to a 3-1 success.

Eliot Whitehouse’s side take on Wallingford and Crowmarsh on Tuesday night in their Combined Counties Premier North season opener at Lowther Road (online match report at rdg.today and wokingham.today).

Ahead of their second season at the Isthmian South Central, Jamie McClurg and Carl Withers have strengthened their squad at BINFIELD FC.

Taylor Morgan signed for the Moles after making a positive impact in pre-season, while Lewis Pegg joined after his loan deal from Slough at the end of last season and Connor Holland also signed.

The Moles begin their 2022/23 Championship campaign at Ashford Town on Saturday August 13. 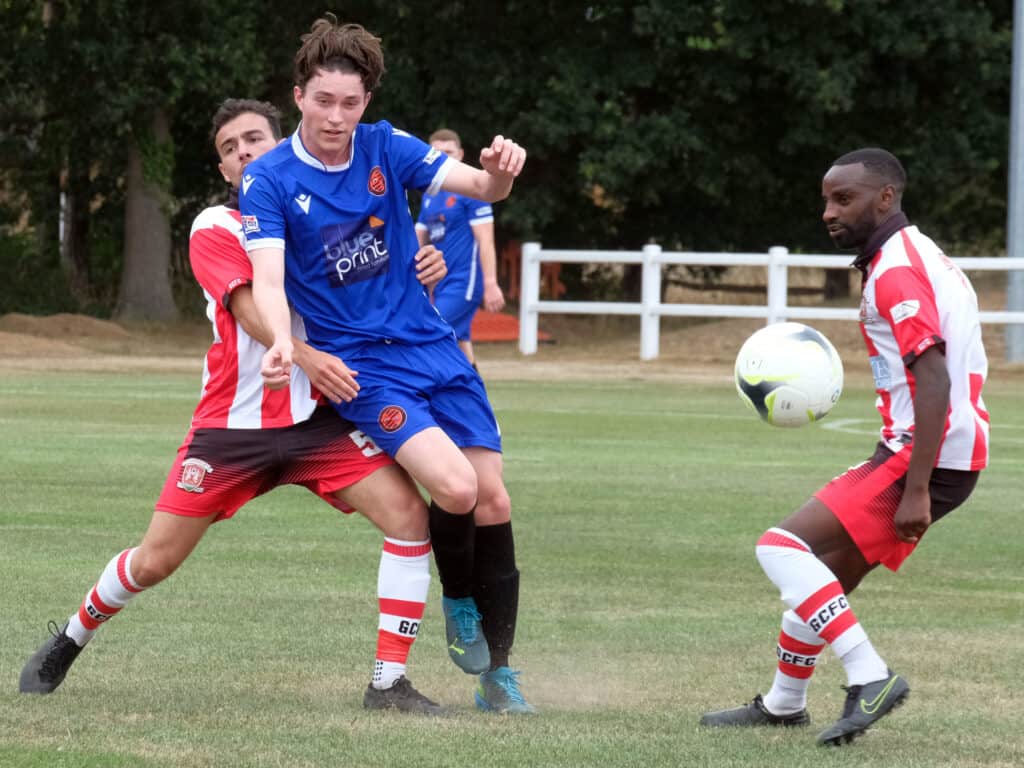 UNITED WOODLEY ended his pre-season campaign with a double header on Saturday at Scours Lane.

They first faced Slough Heating Laurencians as the game ended in a 2-2 deadlock.

The Kestrels played Holmer Green in their second game. 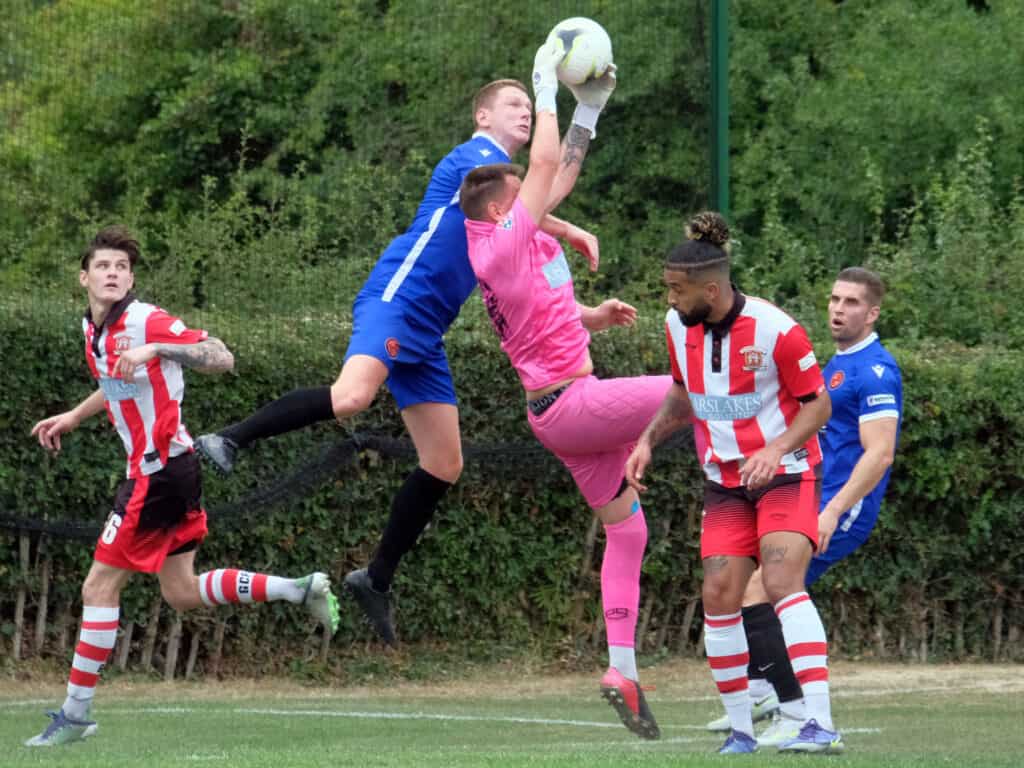 Woodley manager Jordan Blake said: “Good afternoon for our team as a lot of them played several minutes to get them fit. Looking forward to a solid week of training ready for the big kick-off this time next week.

Woodley kicked off his season at home on Saturday against Spartans Youth.

EVERSLEY & CALIFORNIA also begin their Championship campaign in the Combined Counties Division One this weekend with an away trip against London Samurai Rovers. 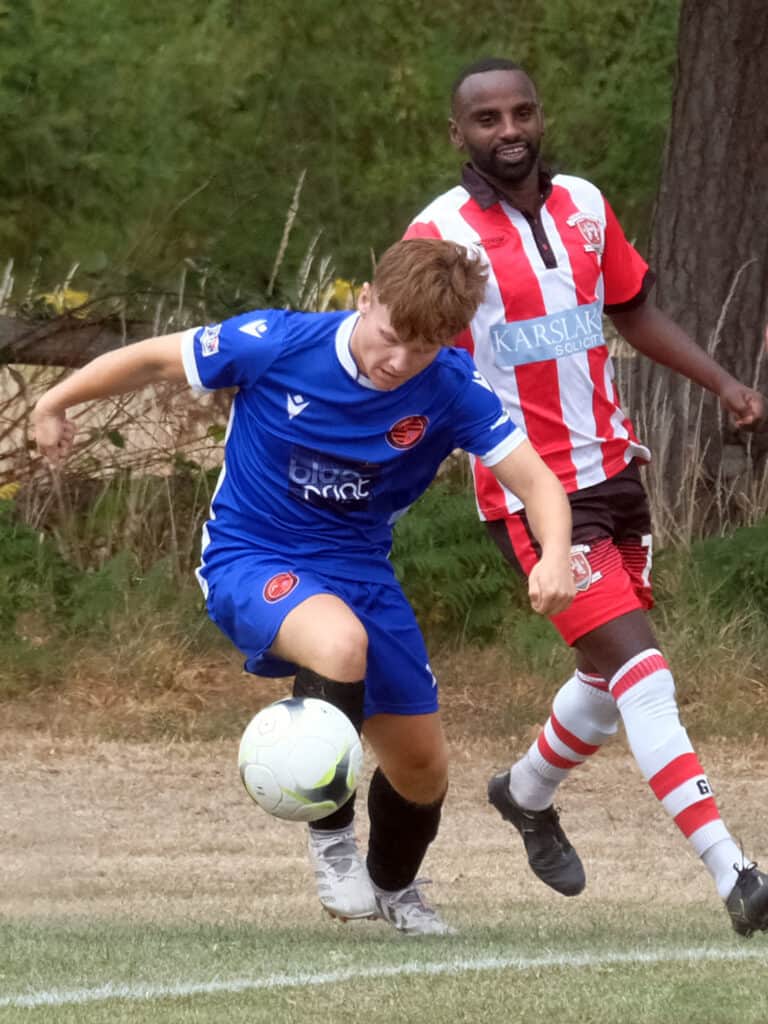 The Swords have announced they have signed Shaun Wyllie, Harry Lee, Clive, Tom Henry and Matt Hill ahead of the new season. 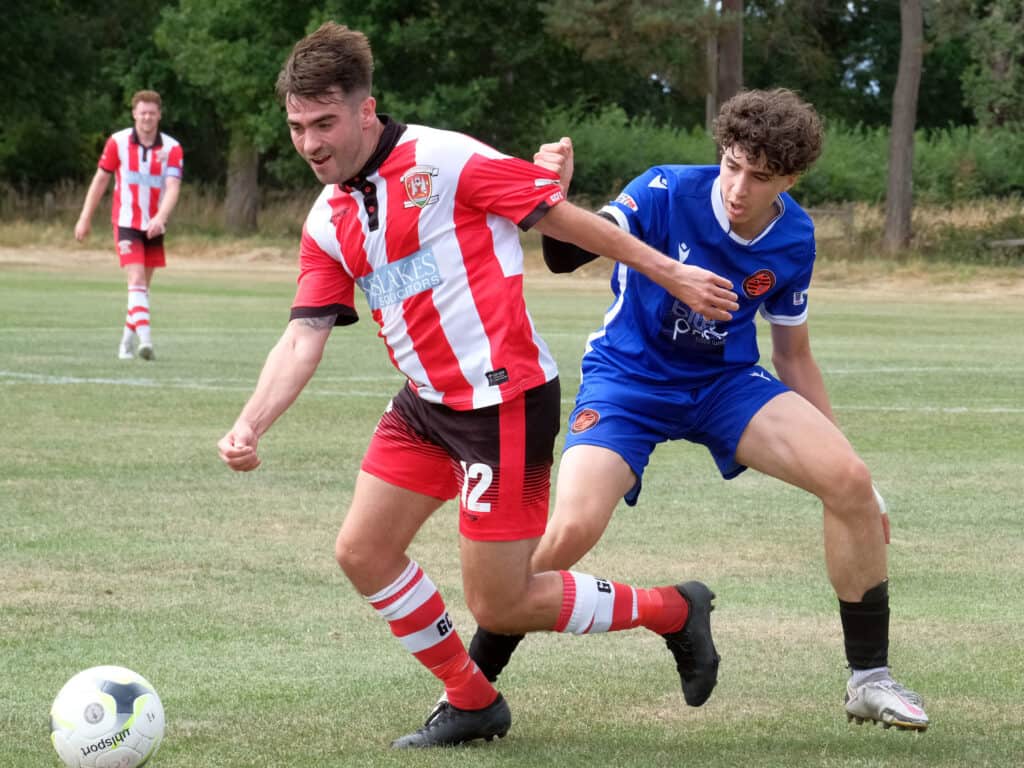 In a match between two teams from the Bracknell & District Sunday League, SF7 got the better of BAS FC in a 4-3 victory with a brace from Lloyd Jacques and goals from Ellis Day and Joel Day.

CAVERSHAM UNITED WOMEN faced Guildford Women and came away with an away win. 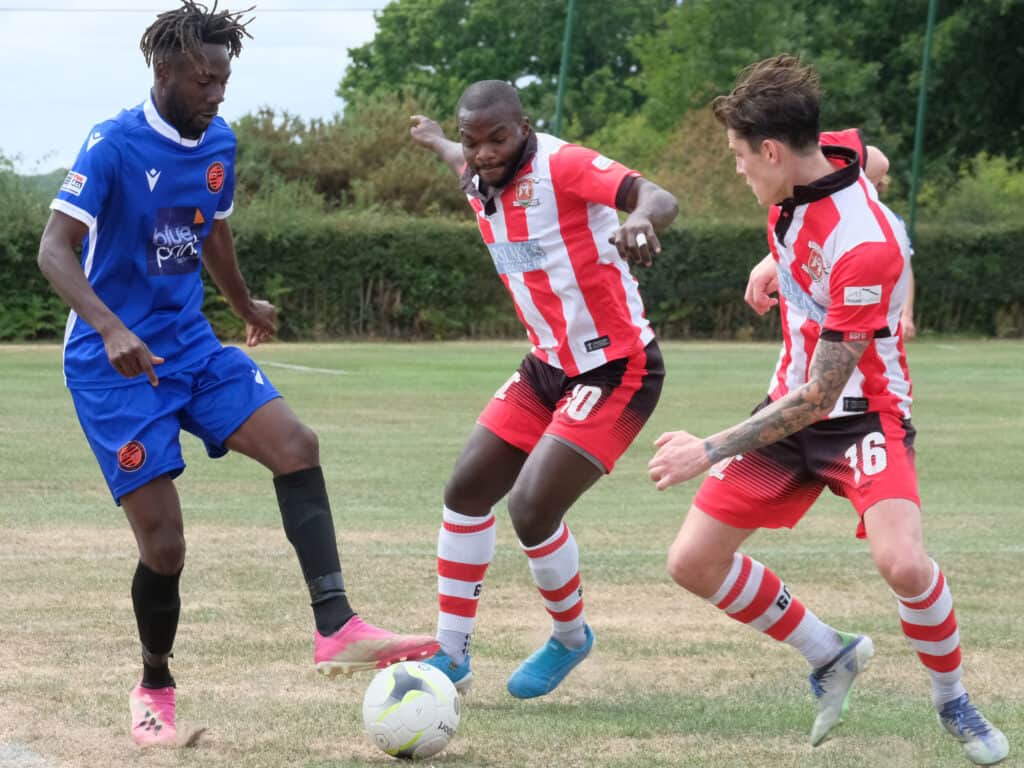